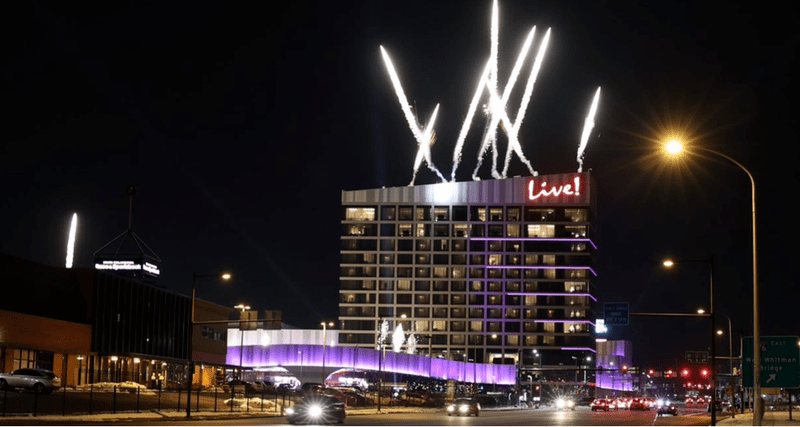 What Restaurants Are In Philadelphia's Live! Casino

The opening marks another major milestone for the Company as the next Life! branded casino to open in the Commonwealth of Pennsylvania. Live! Casino Pittsburgh opened in Hempfield Township, PA, in November 2020. See,... Cordish and Live! Ribbon-Cutting Ceremony - PhillyBite Magazine

The lineup of premier dining and entertainment opportunities includes:

The Prime Rib, the top Zagat-rated steakhouse previously located in Center City Philadelphia for more than 20 years now has a luxurious new home at Live! with the same commitment to fine dining and exceptional service. Indulge in an award-winning menu offering a tantalizing array of prime steaks cooked to perfection, the freshest seafood, and a selection of signature salads, sides, and desserts. In addition, some distinctive new twists will marry the best in high-end cuisine with a stylized bar and lounge scene.

Sports & Social Philly, a one-of-a-kind sports restaurant, gaming venue, and social lounge that offers guests the ultimate sports fan experience at the only place in the country located in the center of big-league action from four major professional sports teams. The venue features a FanDuel Sportsbook and Lounge retail location and state-of-the-art AV system, including a giant 52-foot LED display and 24 televisions for ultimate sports viewing. An American Grill menu highlights game-day favorites, including a short rib cheesesteak, local beers, and specialty cocktails.

10th Street Market, a unique food hall inspired by the great food markets in Philadelphia where guests can enjoy a wide variety of food, as well as a bar open 24/7. The Market serves as a hub for quick eats and late-night bites and feature local Philly favorites, such as:

Joining them in the Market are two new venues from Emmy award-winning Chef and TV personality Guy Fieri:

A spirited nightlife scene, including:

Together, the group ushered in a new era of entertainment in the City of Philadelphia by ringing a giant replica Liberty Bell, followed by a firework spectacular.

“As a family-owned business for over 100 years, today marks an incredibly special day for my family and The Cordish Companies as we expand our Life! Casino brand into the great City of Philadelphia,” said Reed Cordish, Principal of The Cordish Companies. “Live! Philadelphia is the region’s premier gaming and entertainment destination, and we are proud to welcome our guests, Team Members and the community to go Live! with us. I’d like to thank Mayor Kenney, Councilmember Johnson, and local officials for their support for this project.”

The opening of Live! Casino & Hotel Philadelphia transforms the Philadelphia Stadium District into an integrated sport, entertainment, and casino-resort destination and establishes the area as the only place in the country to experience big league action from four major professional sports teams, best-in-class dining, and entertainment, world-class gaming, and luxury hotel accommodations.